A fire broke out around 22:30 on Thursday the production unit number 2 plant Nuclear Paluel in Seine Maritime . It was controlled by firefighters Friday morning at 4:45.

Sixty-one firefighters were mobilized to control the metal fire “that requested specific expertise,” said the central. The firefighters then remained on site to monitor.

In the engine room

The fire was located in the engine room, in the portion not nuclear facilities. Furthermore, the production unit number 2 “is stopped”, as part of the maintenance program. According to the management of the plant, so there is “no risk of radioactivity.”


Fire hit a condenser, hardware whose function is to condense the steam exiting the turbine. Its role is to cool the steam. It is composed of thousands of tubes. This condenser undergone a complete renovation to replace all titanium tubes that compose it. The starting fire possibly caused by the ongoing work on the condenser and has been limited to that part of the installation.

Once the alert
, all of this staff was evacuated. “There are no injuries and no impact on the safety of the facility,” says the plant.

The Paluel nuclear power plant, located between Le Havre and Dieppe, has four production units MGW 1,300 each, the other three operating normally. 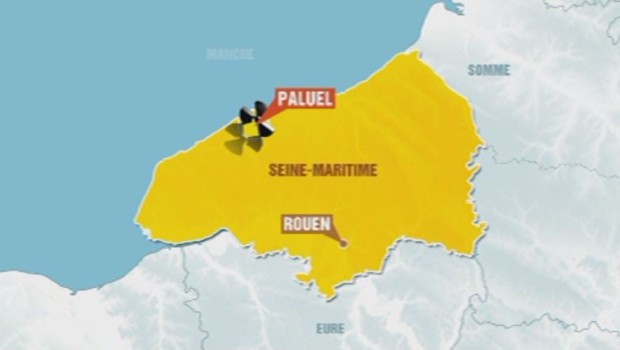